PREPARING FOR IMPLEMENTATION OF GASB 87 REGARDING LEASES

In June 2017, the Governmental Accounting Standards Board (GASB) issued Statement No. 87, Leases. The Statement outlines monumental changes to the accounting for leases, with wide-reaching implications to most government entities, beginning after December 15, 2019. As stated in our previous article “GASB 87: Do You Have Your Implementation Plan Ready,” this means the time to prepare for these changes is now. The Statement was designed by GASB to improve information regarding leases for readers of the financial statements, particularly those formerly known as “operating leases.” For these leases, information and transparency has historically been sparse; in order to address this, GASB established a single model for lease accounting, as well as expanding on the disclosures required for these arrangements. Impact on Lessees The revised model requires the inclusion of not just capital leases on the lessee’s balance sheet (as is required under current accounting standards) but also includes operating leases. Except for leases with initial terms of of 12 months or less, the Statement requires leases within scope be recorded as a “right-to-use asset” with a corresponding “lease liability.” As a result, many affected governments will see a substantial increase in both assets and liabilities on the balance sheet. Impact on Lessors Lessors are also affected by the Statement. Previously, lessors with operating leases would generally recognize the revenue on a straight-line basis throughout the term. Such accounting had a limited balance sheet impact, as receivables were only recorded in the period the revenue was to be earned. Under the terms of the Statement, however, lessors will record a receivable with an offsetting deferred inflow for the resources expected to be received at the outset of the arrangement. The receivable and deferred inflow will be reduced over the term of the lease into cash and revenue, respectively. This change adds an additional balance sheet impact not seen previously under existing guidance. In addition to the above effects, disclosures have been increased for both lessors and lessees to detail the balance sheet accounts related to leasing arrangements and to break out assets and liabilities from any existing capital asset or debt footnotes. Taking a Proactive Approach While effective for periods beginning after December 15, 2019, adoption of the Statement requires retrospective adjustment for any leases within scope that are still active at the earliest period presented. With that in mind, many leases that are currently active for governments (or those executed in the time prior to adoption) will be impacted by the standard. Given the breadth of information that will be required upon adoption, being proactive in the preparation for the Statement is critical. Step 1: Form an Implementation Team Having individuals specifically tasked with becoming familiar with the Statement and accumulating the necessary information is critical in ensuring readiness for adoption. This should not only include finance–related individuals, but also a few other key parties. Procurement and facilities management are often aware of leases and similar arrangements that may not have been brought to the attention of finance previously, and thus are important to consult with during this process. Participation by all finance offices is also pertinent in ensuring no leases will be missed (e.g. a town and board of education typically have separate finance functions that should be coordinating during this process). Step 2: Compile a Leases Inventory Once an implementation team has been put together, an inventory must be compiled of all leases for which the government is either a lessor or a lesee. Most governments do not have a financial system capable of extracting all the information necessary for the Statement, leading many to consider purchasing a new IT solution or pairing with a professional services partner to extract the necessary data. Step 3: Assess the Need for Additional Technology Governments with substantial leasing activity may find additional software necessary to compile and track the relevant lease information. This will both facilitate adoption and assist in remaining compliant with the Statement on an ongoing basis. Given the importance of choosing the right software coupled with the costs and time necessary to implement a new IT solution, it is imperative that this be considered now to ensure appropriate steps are taken from a budgeting and implementation plan standpoint. Step 4: Revisit Policies and Procedures Procedures that governments currently have in place regarding leases are generally insufficient to ensure all relevant information is being aggregated. Governments should review their procedures to ensure not only are they updated in a manner that will facilitate compliance with the Statement, but also ensure appropriate controls are in place over the processes. If the government intends to have a de minimis threshold in place, whereby certain leases won’t be recorded on the balance sheet due to immateriality, it is critical that this policy be formalized prior to adoption. Any such policy should not just consider the asset impact (as a capitalization threshold would for capital assets) but also the corresponding liability impact of such a transaction. Step 5: Consider the Impact on Debt Covenants Governments with privately placed debt or any debt with financial covenants should be proactive with their lending institutions to update covenants as appropriate. Case studies show adding lease liabilities from adoption of the Statement causes major changes with debt-related ratios in particular, and merit discussion with lenders prior to adoption. Successful Adoption Starts Now While adoption and ongoing compliance with the Statement places an additional burden on governments, appropriate planning can minimize and ease the difficulty and effort. Savvy finance officials are taking this a step further, seeing it as an opportunity to enhance procedures surrounding leases. Compiled lease information is actionable data that can be used to better plan the timing of resource outflows and improve upon review procedures Opportunities for a seamless adoption and process improvements are available for all governments with a proactive plan that are considering this Statement now and not waiting until the effective date. 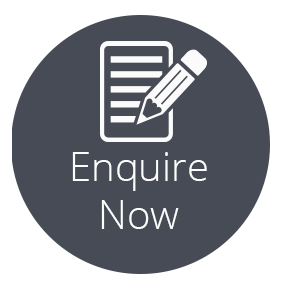